That Summer Beard is Hot 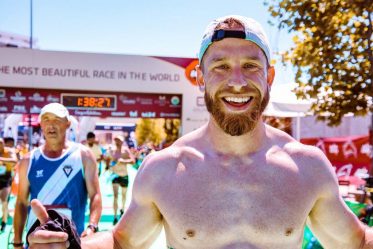 Summer beards are hot. Depending on your point of view, you will read this as a good thing (i.e. “hawtness“) or a bad thing. First, let’s expose a widespread misconception. Although you may believe the opposite to be true, no, a beard under the hot radiant rays of a summer sun doesn’t make you feel any warmer. Fortunately, a summer beard doesn’t act like a face mask. Barring situations when the sun’s hot rays beat down directly on your face, a beard rather acts somewhat like your own permanent little umbrella.

100% natural and organic
Moisturizes, nourishes and protects your beard so it grows
Adds hold to your beard to make styling easier
Attractive 2-oz tin

Origins of the Myth

Since a beard can keep you warm in the winter months, it’s easy to see how you could believe it will also keep you warmer during summer months. However, this is the cause of the confusion. A beard keeps your face warm throughout the winter because it acts like a windbreaker. That winter beard blocks cold air and the cooling effect of wind and cool, moist air. A beard does not act like a sweater that traps warmth inside.

With that perspective in mind, you can think of a summer beard through the same lens. It doesn’t trap or generate heat, but rather keeps hot air out. In addition, a summer beard counteracts the sweltering sun’s rays beating directly down onto your face. So if you start feeling your beard makes you feel warmer throughout the summer, simply say to yourself that it’s only a misconception. That misconception is based on the idea that hair generates heat. It simply isn’t backed by science.

In any case, with summer comes both sweat and barbecue sauce, and there’s nothing we can do about that. These facts are like little summer evil spirits that torture us and with which we have to grapple. Regardless of whether you are fully bearded or clean shaven, sweating is a part of summer life. But as you will read, a beard can actually be an ally in your fight against perspiration.

So, in the event you are as yet not persuaded you don’t have to shave your beard this summer. Here are five good reasons to stay bearded all summer (and all year) long.

A Summer Beard Can Keep You Cool

Whether you are bearded or not, you’ll sweat during summer, much the same as everyone. Remember, sweat originates from pores in the skin and not from the hairs. Accordingly, you’ll inevitably sweat into your beard. However, who said that is a bad thing? It can really work for you by cooling you off. Your beard actually functions the same as heat fins on a heat source, dissipating heat and energy away from your face. So during the next heatwave, you’ll be with your clean-shaven, sweaty companions who’ll be crying that it’s simply too hot. Meanwhile you’ll be there, chilling as your beard cools off your face and helps evaporate the sweat off more quickly. And if you use a good beard balm with a fresh scent, like Beard Balm by Mossy Beard, you’ll get to enjoy a pleasant aroma at the same time.

A Beard Can Protect You from Skin Cancer

On a more serious note, what if I told you beards can literally save lives during summer? You’d probably laugh at me and say I’m totally crazy. However, it’s a totally valid claim.

Not very far in the past, a report conducted by an Australian University demonstrated that a beard can shield you from up to 95% of UV rays. Those same UV rays can potentially cause skin cancer and other diseases.

You are probably aware of the importance of securing your skin against UV rays. With that in mind, it very well may be a good thing to keep or grow a summer beard. If you want to give your beard a little extra protective power, consider Beard Balm by Mossy Beard. It’s protective, 100% natural and organic ingredients protect your beard and you from the harmful effects of direct sun.

There is nothing in this world more pleasant than cliff diving and swimming in your own secret water hole. But there is one thing that may be just as good! The pleasure of wringing out a wet beard straight after an enjoyable swim.

Like any respectable man, you should probably say that you’ve already wrung out your wet beard and that you know the sensation. This is simply one of those things that should be on any man’s bucket list.

A Beard Grows Better During The Summer

This statement may be valid for the vast majority of men. In general, during summer, we tend to invest more energy outside, accomplishing progressively physical activities and endeavoring to lead a healthier way of life.

This sort of summer way of life naturally increases the quantity of vitamins absorbed by our bodies and increases testosterone creation, which is astounding for hairs growth all over our body.

So truly, obviously, during summer, the beard growth is really streamlined.

Being In The Bearded Elite Has No Price

Despite the fact that many of us just grow a beard during winter, which is also great, it takes a ton of balls and personality to walk around with a yeard (a year’s worth of beard), regardless of what it takes.

Given the situation, we salute each summer beard sibling, and we welcome you to keep your beard all year long like the real badass you are.

You’ll see and feel it without anyone else’s input. Being in the bearded first class is just an unmatched sensation.

Summer Beard Conclusion: A Healthy Beard is the Key

During summer, our facial skin and beard are increasingly attacked by the sun’s harsh rays, and they can really damage an unmaintained beard. So always use the very best possible products when grooming your beard.

In addition, summer also rhymes with salt water and chlorine (ok, not really, but you get the idea), which can be really hard on your beard. With all these harsh elements interacting with your beard during the summer, it’s important like never before to keep the entire thing admirably oiled with a natural beard oil. And for optimal protection, use a high-quality, natural and organic beard balm to lock in that moisture and protect your beard. By taking good care of your beard during the summer and throughout the rest of the year, it will take care of you. Remember, A Healthy Beard is a Growing Beard.